I wanted to share a few thoughts and feels I’ve had since becoming a mum and how I have (or haven’t) been coping. It’s easy for new mums to get wrapped up in the thinking that they have to be a picture-perfect ‘mum’ and talk about how everything is so amazing but I want to be honest with my journey.

I ended up going overdue by 2 weeks so I got induced and it went from there. I didn’t have a great time and it ended up in a cat-2 emergency c-section. I will talk about it separately (I think a video may be the best?!) for those who may be interested in what happened as I am happy to talk about it now, after many months of really not being ok. I felt and still feel very failed by the hospital and midwives, but obviously the main thing was that Margot was yanked out safely and is healthy.

I was in hospital for 3 days initially in recovery, left for a night and then had to go to A&E the next night and was back in hospital recovering on an IV drip for another 5 days as I had an infection and complications following the c-section.

It was off to a really slow start. I felt so, so much pain and resentment. It was a hazy blur that consisted mainly of being in my dressing gown, worrying, crying, trying to sleep sat upright, breastfeeding even though it KILLED me (seriously I never knew how hard just that element of motherhood would be!), trying my best to bond with Margot, learning ALL the things, and trying not to fall out with Tom too much. It was a really hard time in my life. I struggled physically and emotionally to get into the swing of motherhood. I felt I was utterly shit at it and I really beat myself up about it. I cried every day for at least the first 3 weeks. That’s my reality.

Margot is actually a dream baby and I feel so very lucky and blessed to have her. I know that’s probably like what EVERY mum says ‘dream baby blah blahhhhh’… but in terms of feeding, latching, sleeping, crying……we have it very easy and she’s super chilled. She has given me a break after a shitty birth, I honestly feel that! We’ve had no problems with her. Yes, all the things that come with a baby can be tough : the night feeds, the constant changing of nappies, the crying when you have no idea how you can stop it, the change in your life, the way you have to meticulously plan menial tasks now, the effect on your relationship and the worry of work etc, but this is all part of the parenthood journey.

She sleeps pretty much through the night already. I actually hate those words coming out of my mouth for the fear of sounding like a smug prick, but it’s true. We haven’t been set on getting her into a routine quite yet (she’s now 4 months) but we are slowly going to try and get this implemented. We’ve just started to sleep her in her own room and all seems to be going well.

She giggles, she smiles, she is such a happy baby. Awww look at me all emosh and loving. LET’S MOVE ALONG.

I managed to kind of grasp. The pain following my c-section and infection was at times, excruciating. So trying to hold a squirming Margot on my sore tits was really not the one. I did persevere and I am still combination feeding now (breast and bottle). I found solely breastfeeding just too much stress, and it was starting to make me feel really angry as I was constantly worrying about it…and as soon as I had finished feeding her…I was getting anxiety about when I would next have to feed her because of the pain it gave me. I got advised by the midwifes to take a step back and start mixing formula in as I wasn’t doing too well just breastfeeding alone.

I know how most people say how when they first see their baby there is this overwhelming feeling of emotion and emotion. I didn’t have that. I really didn’t. Tom didn’t either ; it was just due to the circumstance of the birth and how it happened. We were both just in shock and I didn’t get to see or hold her for around an hour after she was born. I struggled to realise she was my baby as I never saw her being born or pulled out from me. It was weird. Even a few days after I was calling her the wrong name (!) as I was struggling, delirious and high on drugs.

BUT…we are there. That moment of love and fascination did come….just a little later probably than most. It was when she started opening her eyes and interacting more, that I felt a stronger connection. She recognised me, she wanted me and she smiled at me. I think it also aligned with the time where I felt fully healed and more able to look after her.

I was panicking so much before she was born. I didn’t know ANYTHING about babies. I didn’t particularly LIKE babies (sorry but true), I didn’t know how to hold them or change them or anything like that. People always just said ‘it’ll come naturally’, ‘you’ll just know’ which kind of irritated me as I was like ‘I’M NOT MATERNAL NO-ONE UNDERSTANDS’….but it’s safe all those people were right. You just…...have to get on with it. We read some books, we used google a lot when we didn’t know things and social media is AMAZING when you need mum advice. Mistakes are made, I have some pretty bad ones I will share with you, but it’s all part of the learning curve. 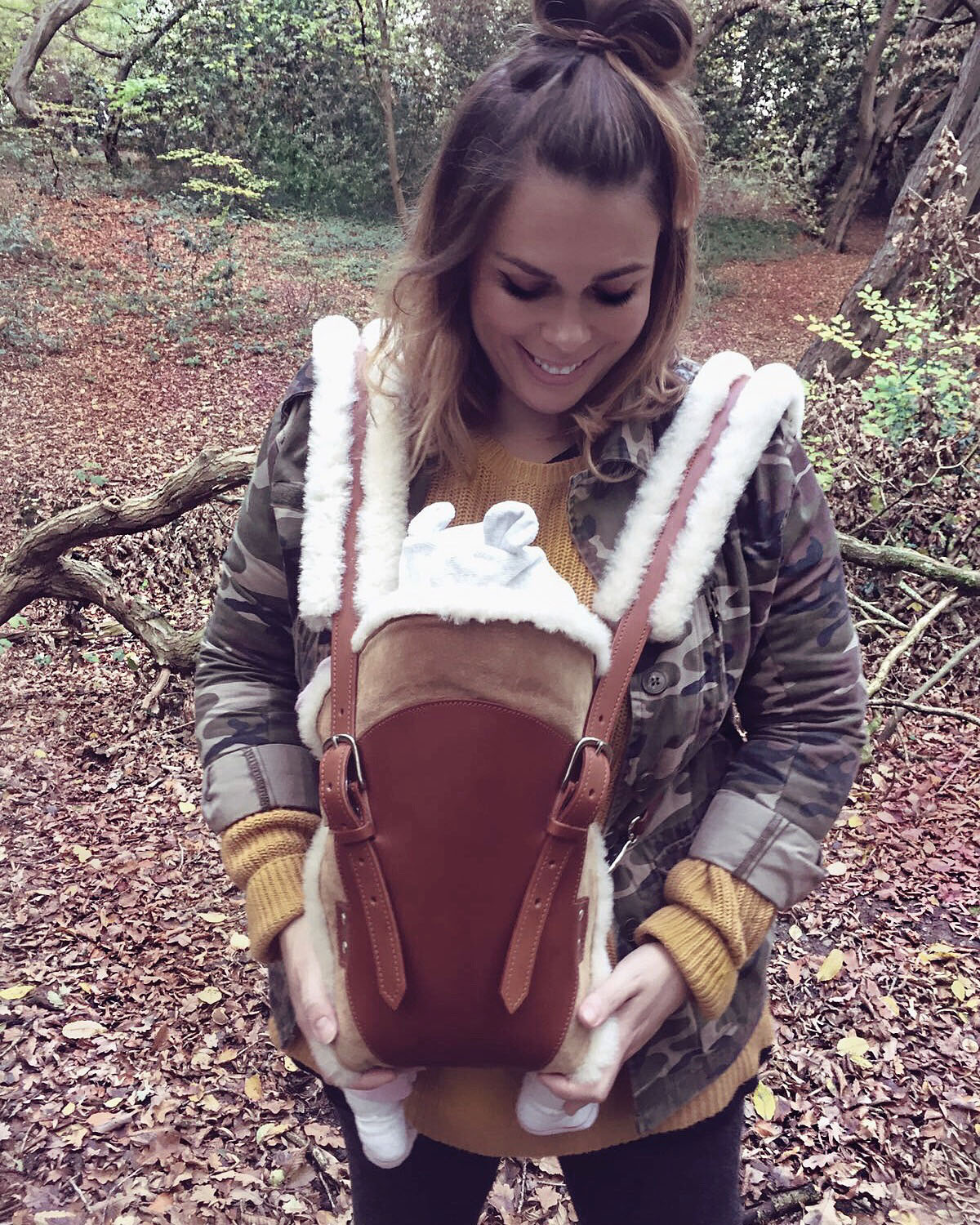 Yes, it has obviously changed significantly. More changes and adaptation than I ever naively thought. SO much planning and preparation for day-to-day things. No more just hopping into the car and going shopping on a whim and to meet pals for dinner…..you just have to plan ahead, that’s it. Obviously me and Tom work as a team to give each other breaks and look after her, otherwise we wouldn’t get any time to do our own things….which I think is still really important. Your independence definitely withers a little, but it’s good (I think) to allow yourself to step away and nurture yourself and your needs.

I have some super supportive friends who have been really good when I’ve needed them over the last few months….particularly when I was struggling so much in the first month. I was super low, suffering with PTSD and struggling day-to-day so it was great to have support there for advice and nurture. YEP, you definitely see a few ‘friends’ fall by the wayside and to be honest it has really hurt and surprised me from people I would expect it the least, but I’ve just sucked it up and let them go.

I’ve openly talked about my struggles without my parents. I think it contributed to my low feelings at the start too…when I am in ill, in pain, upset…I just want my mum. I wanted her so much and it hurt me not to have her around. Life does go on, I try not to let it dictate my happiness and it has sucked not having family support… but we go on! I’m looking forward to having a mother-daughter bond that we had.

So a quick whirlwind update on how my life as a mum is going and summed up over the last 4 months. Like I said I will be doing a more in-depth post about the birth / hospital and a few other key things thrown in here and there. Let me know if you find these posts of use / interesting as it would be good to gauge.

I would like to randomly finish this blog by saying a huge bloody THANKS to all of you who have continually supported me, reached out to me, replied to my sometimes desperate and inane tweets / questions and everything else regarding motherhood. It has been hugely appreciated x