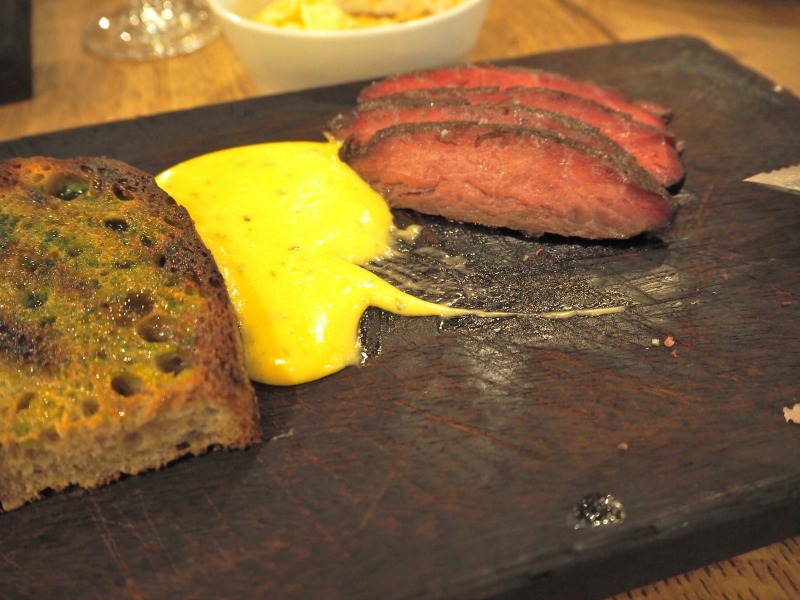 Book Ahead? If you want to eat in peak times


Pitt Cue started off as food truck on London’s South Bank in 2011 serving up smoked brisket , BBQ pulled pork, beans, slaw n’ sides . Fast forward and they now have matured into a full-blown (and pretty large) restaurant & bar with it’s own on-site beer brewing. It still has the BBQ influence yet has grown-up and advanced on from the pulled pork trend that let’s just say is pretty overdone with eateries and pop ups in London right now. Let’s get one thing out of the way, this is not a vegetarian-friendly restaurant, so if you are, stay away or be prepared to just order off the sides menu. It is VERY meat-heavy although they usually will offer 1-2 fish dishes per day off their ever-changing menu.

Have you been to the Hawksmoor? It has a similar vibe to that with the cuts and weight of meat being scribbled onto the chalk boards dotted around the restaurant, and once they have been ordered….they are gone. We arrived early, around 630pm, and by the time we had finished around 830pm there was no more meat left on the daily boards. 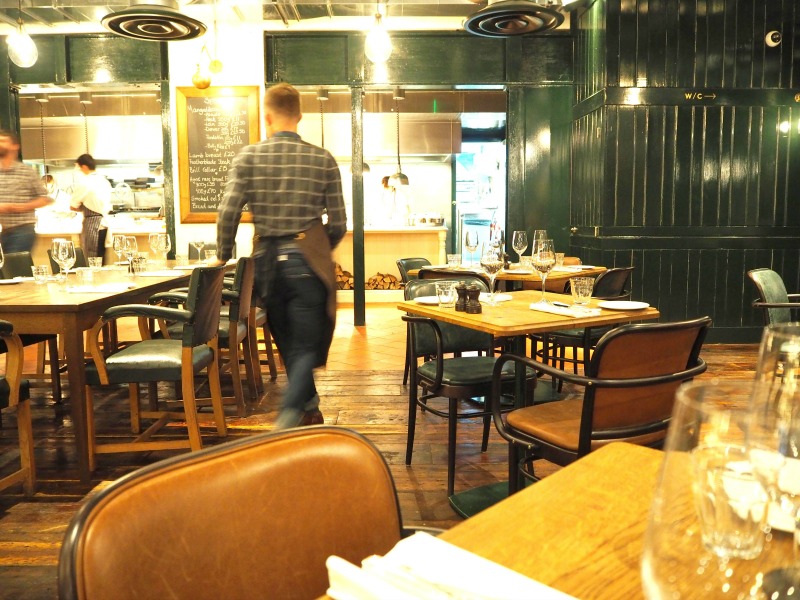 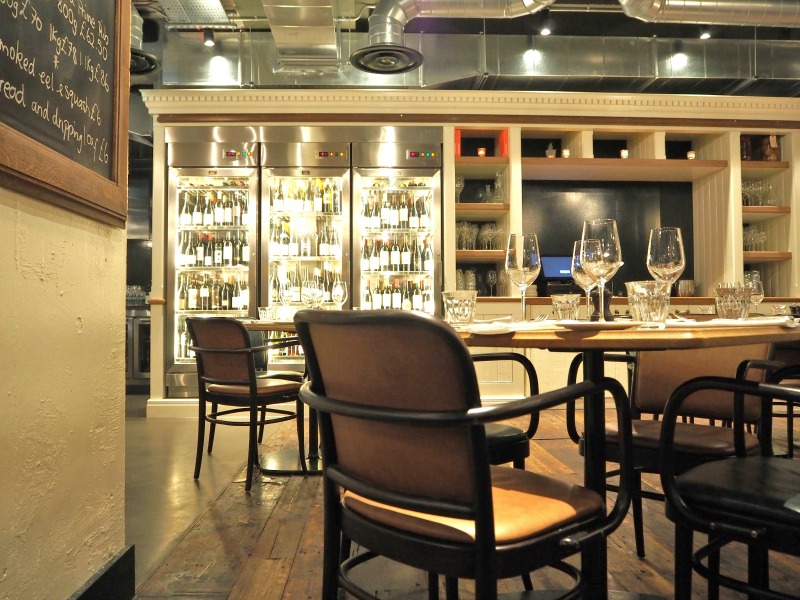 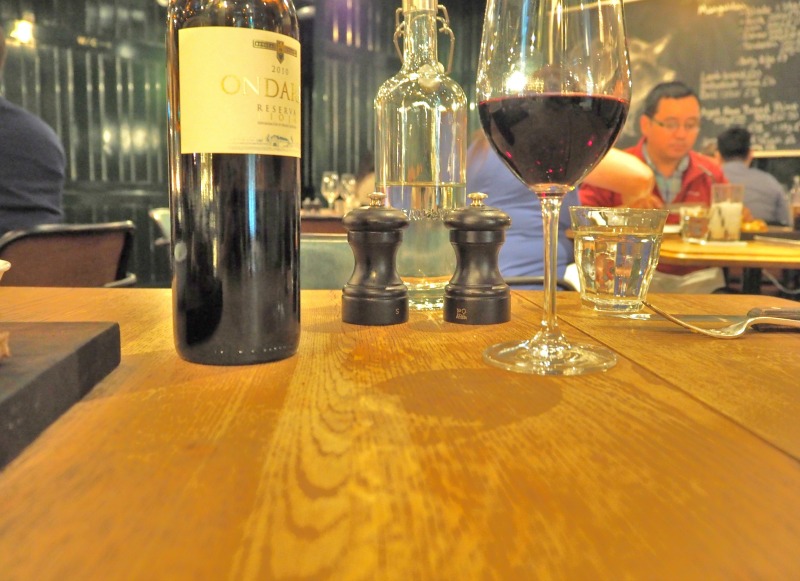 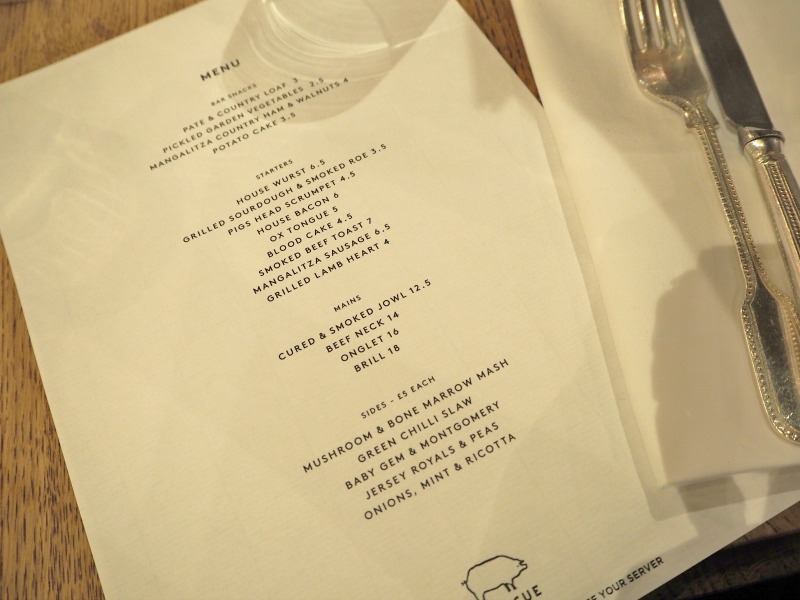 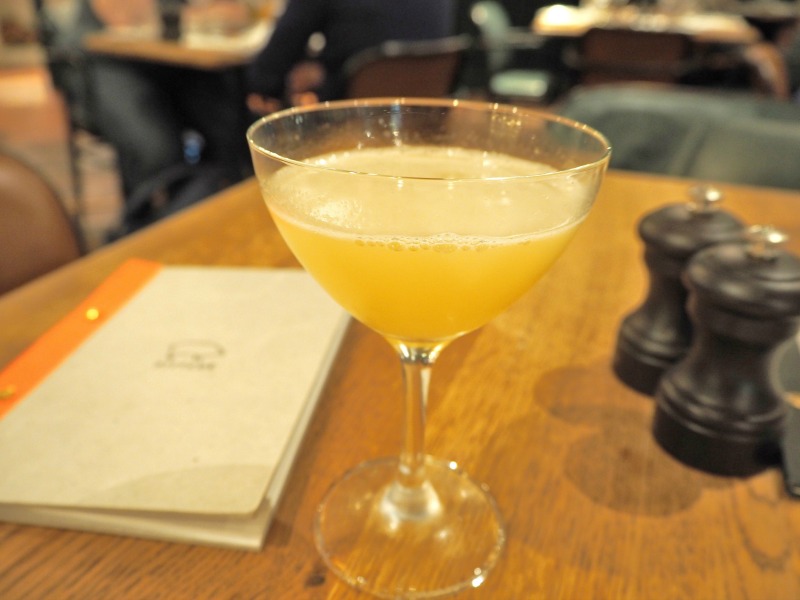 The restaurant itself is pretty large, open-plan with an open kitchen and a typical ‘city’ feel with lots of buzz, handfuls of suited workers pouring in from 6pm and it has a great lively atmosphere. Service was really friendly & relaxed with nothing to fault. The tables have a nice space between them so you don’t feel on top of someone else’s conversation but close enough to eye up what food looks good on other people’s plates.

It’s a given that you will want to take some of the leftover glorious
meat away with you, and I think 50% of diners were doing this. So don’t
feel embarassed to ask, it’s welcomed and no problem for the staff.

We went in really heavy with the ordering and even our friendly waiter suggested we cut down on one of the sides when we gave him our order. We should have taken off two…..and one of the snack plates. One thing I had forgotten is that when you are devouring this much meat, is is very easy to feel full (and a little sick) VERY quickly. You have been warned. Meat sweats incoming.

Everything in site. Even with the polite suggestion from the waiter to take off something, we still had way too much, but I think it’s because they also have ‘snacks’ before ‘starters’ on the menu and we wanted both plus to try so much that we just went IN.

We shared snacks & starters : Pickled Garden veg, House Wurst, Blood Cake & Pigs Head Scrumpet. All great, although I remember the pickled veg was a little lacklustre in the variety. The wurst & scrumpet were the stand-outs for sure, and after just these dishes we were already feeling the meat struggs. For main I had the Featherblade Steak off the board, which came served with a chunk of the most amazing garlic-type bread I have ever had, plus I had (should not have had) a side of the mushroom & bone marrow mash. It was absolutely delicious , but due to the over-ordering of the starters I could no way eat it all or savour it how I had wanted. NEXT TIME ONE SNACK & ONE MAIN. 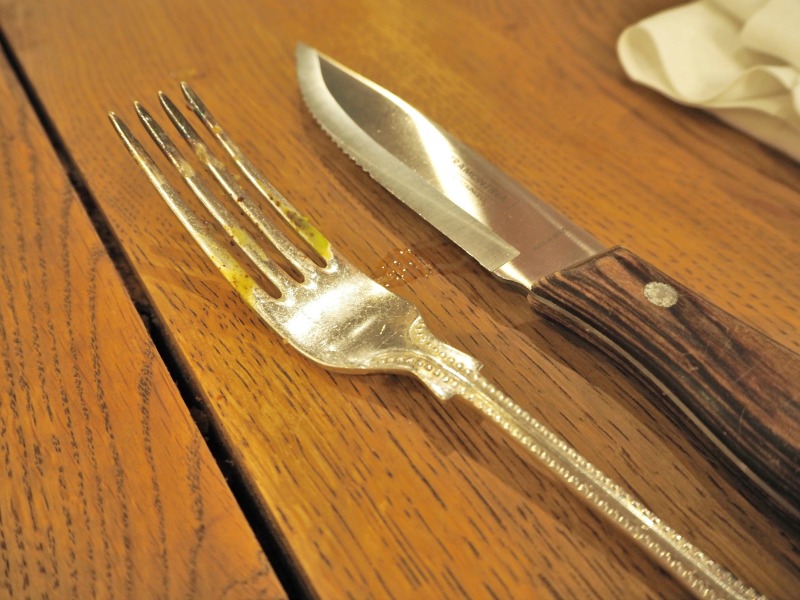 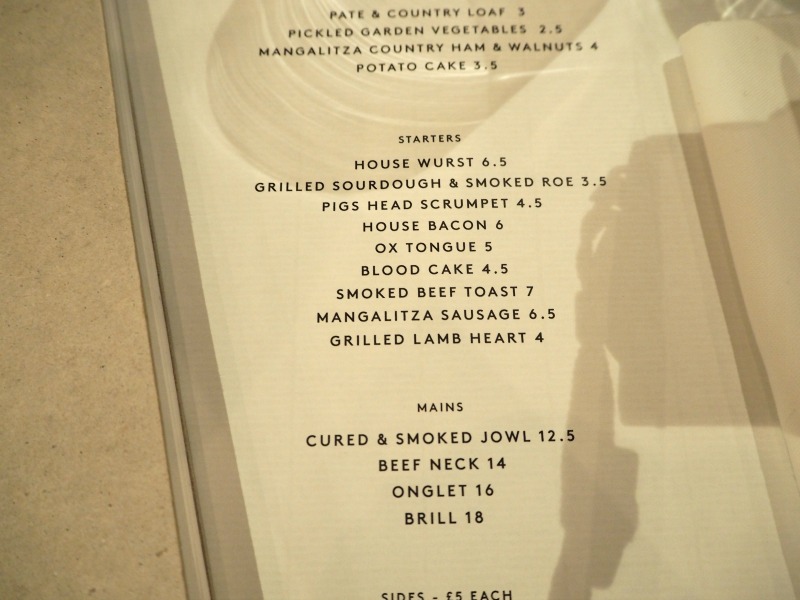 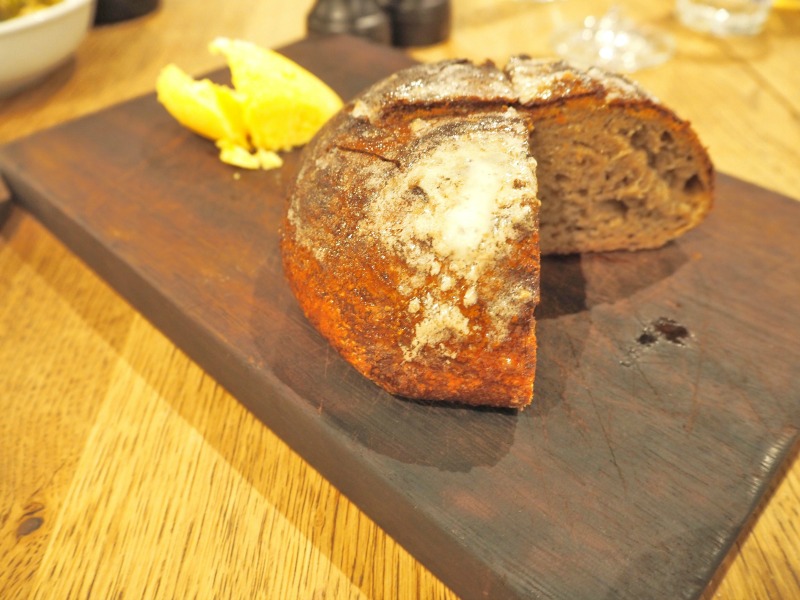 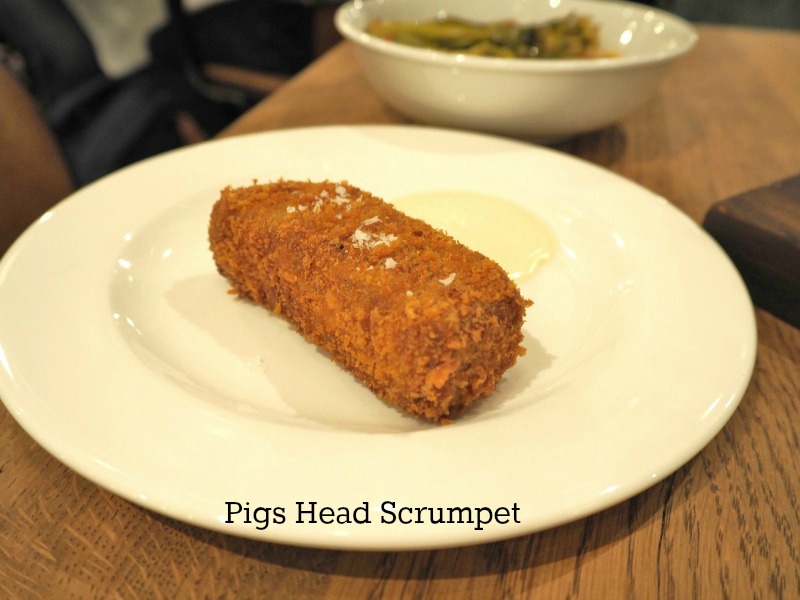 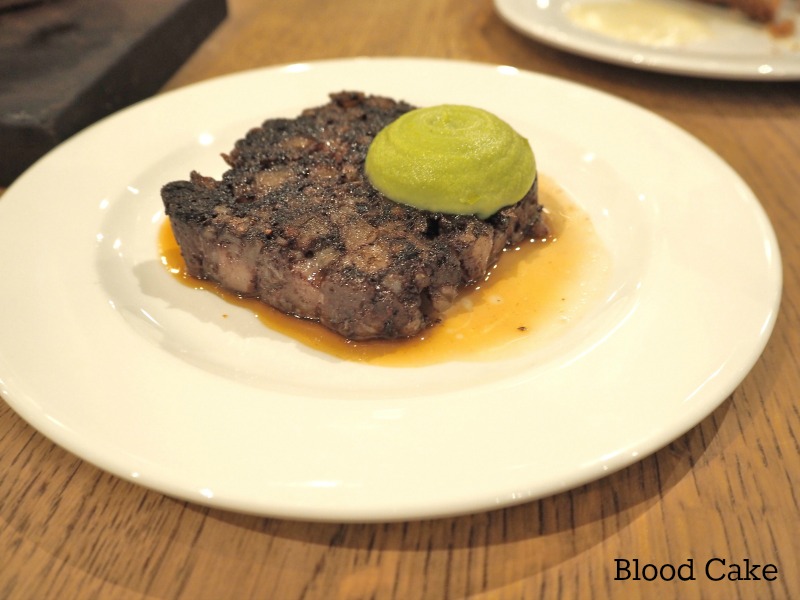 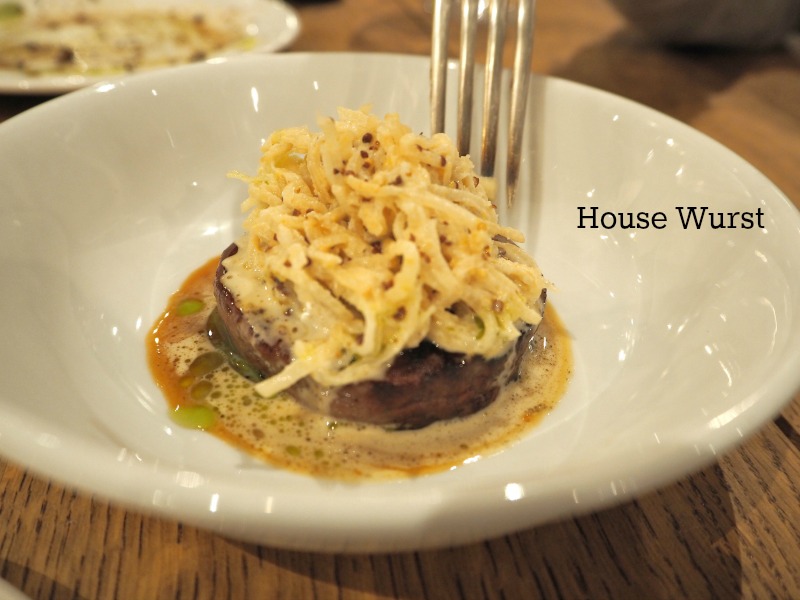 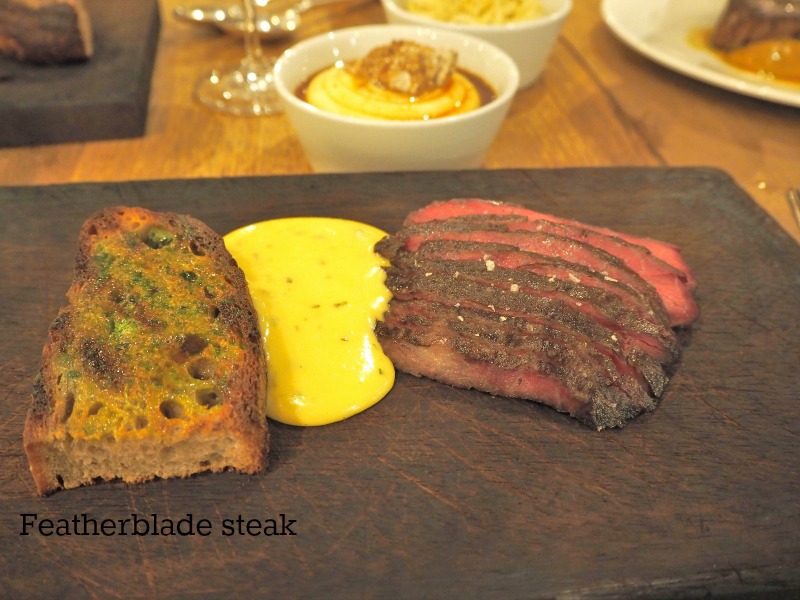 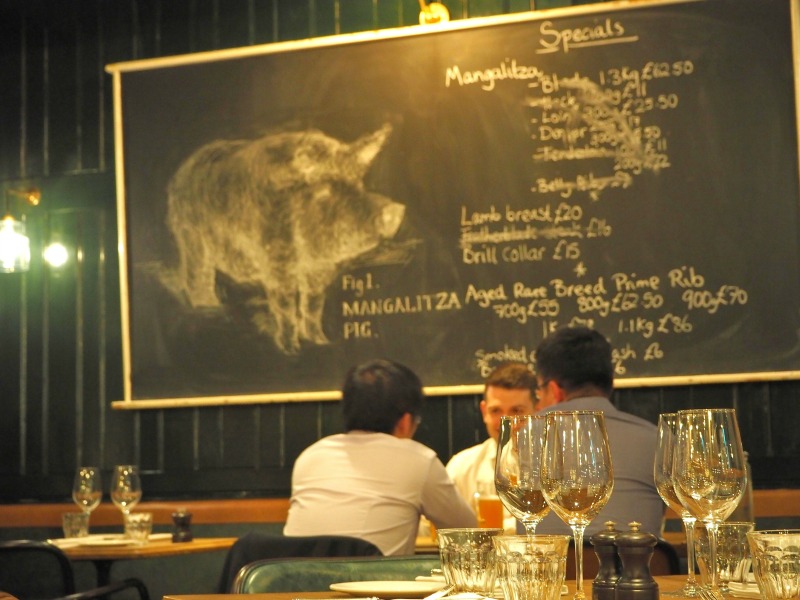 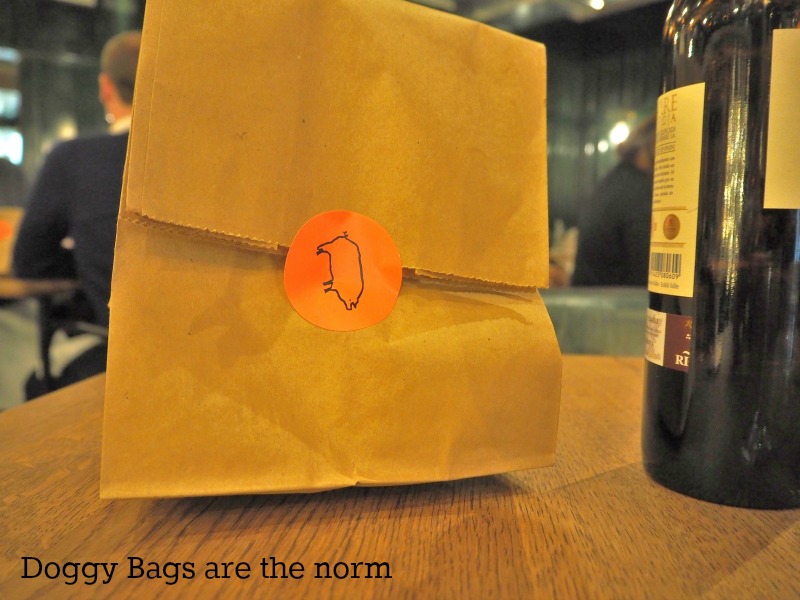 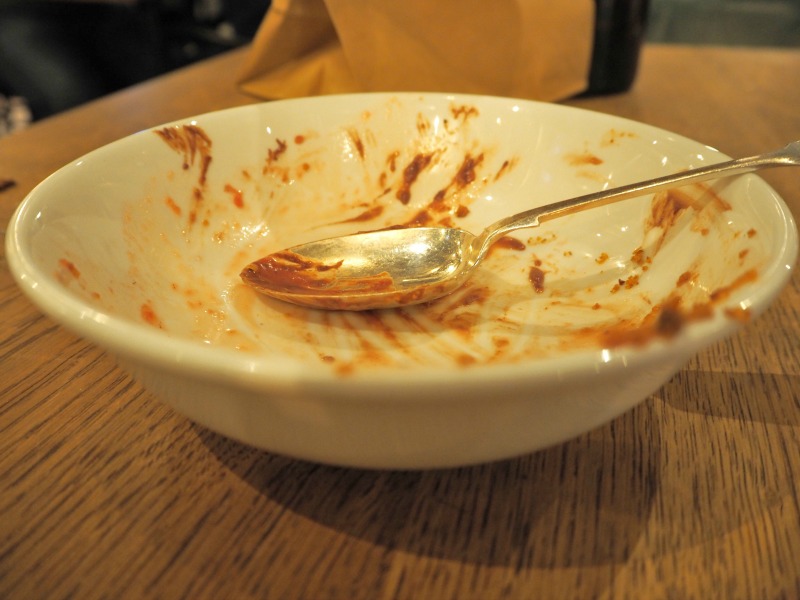 A great place to grab some food when you are feeling like a meat-fest but like me, are a bit bored now of the endless amercian-style diners with their pulled pork and burnt ends. This is a step up in the creativity, taste and sophistication but is still lovely, informal and relaxed.